Chateaux are far more common in and characteristic of Bordeaux than they are of Burgundy, where producers often work out of modest facilities despite the high prices their wines fetch.  That said, there are exceptions, and Marquis is proud to be importing several wines from Chateau de la Maltroye, who operate out of a grand 18th Century house in the village of Chassagne-Montrachet, itself built over top of vaulted cellars dating from the 15th Century.  Maltroye has the distinction of owning an entire 1er Cru vineyard (a monopole in the parlance of the French appellation system) named after the Chateau – the Clos du Chateau de la Maltroye.  As with the village of Chassagne itself, Maltroye produces mostly white wines from Chardonnay, but also a red from Pinot Noir.  The wines have received lots of critical acclaim, including from renowned Burgundy experts Allen Meadows: 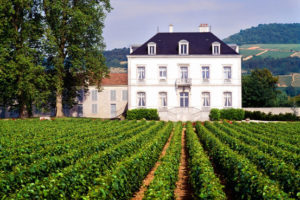 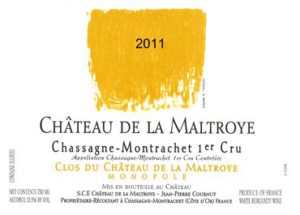